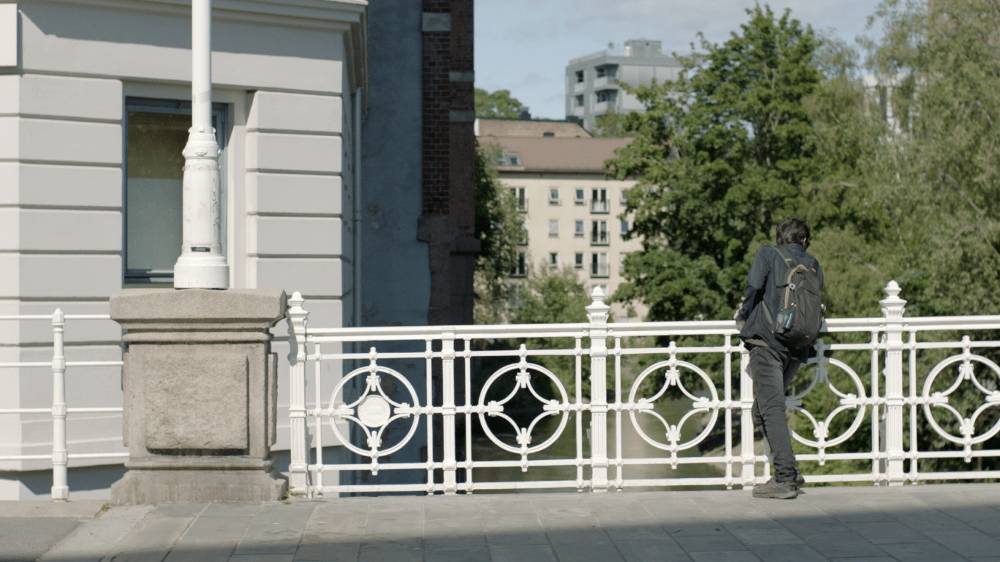 Javier Izquierdo’s Crimes of the Future, a film about a film about a book about a city (2019). takes as its point of departure the Danish film adaptation of the Norwegian modernist novel Hunger by Knut Hamsun, published in 1890. Through conversations with Norwegian writers, filmmakers, psychiatrists, artists and more, Izquierdo investigates the impact of the film and novel on Norwegian culture and artistic practice, and what it means to be an artist today. Available at oslobiennalen.no